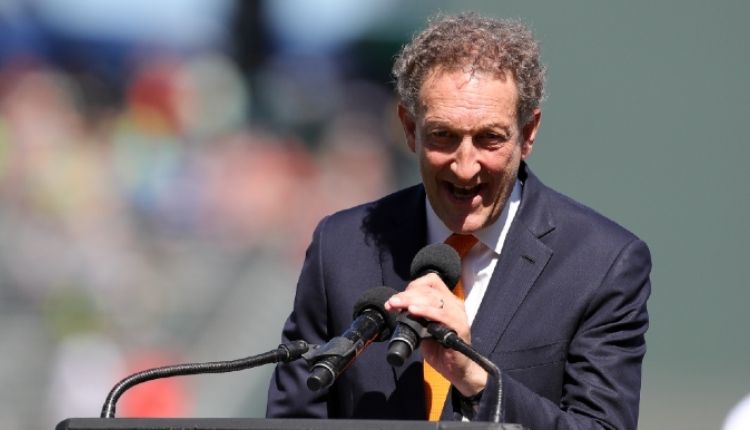 In a previous address to fans, San Francisco Giants CEO Larry Baer has said he will quickly pursue players post-lockout. The team’s recent signing of Carlos Rodón shows that Baer and his front office are indeed taking fast action.

Carlos Rodón is an all-star pitcher, and was widely considered one of the top free agents without a team when the lockout ended. He pitched 132.67 innings last year, finishing the year with a 2.37 ERA, 188 strikeouts and only 36 walks. His record on the season was 13-5.

The San Francisco Giants initially hinted at their interest in a pitcher like Rodón on the morning of Friday, March 11. President of Baseball Operations Farhan Zaidi made it clear that the team was in pursuit of starting pitchers and at least one hitter, and hinted at wanting a left-handed pitcher for flexibility within the rotation. Rodón is left-handed.

The team’s interest specifically in Rodón was reported later that day by The San Francisco Chronicle. Larry Baer, of course, oversaw both the courtship with radon and the contract negotiations.

Carlos Radon’s contract lasts two years, although he has an opt-out after the first season, Such a clause is commonplace for all-stars who are unsigned in a competitive market, such as the market following the lockout.

Rodón will earn $21.5 million in his first year with the Giants, and $22.5 million presuming he chooses to stay for a second year.

In signing on with the Giants, Rodón joints a potent lineup that Baer and his office have assembled. Other notable players include the offseason addition of Alex Cobb, returning starters Anthony DeSclanfani and Alex Wood, and 2021 breakout player Logan Webb.

That lineup is potent only if healthy, naturally, and Rodón has experienced significant injury. The Chicago Whitesox, his previous team, non-tendered Rodón in 2020 due to injuries. They re-signed him in 2021, however, and that proved to be his best season to date.

With regard to batting, Kris Bryant, Nick Castellanos and Seiya Suzuki are all considered potential targets. Larry Baer has signaled that the Giants will explore free agents aggressively, but hasn’t necessarily ruled out potential trades with other MLB teams.

The team will have to fill at least 26 places on the roster, which is the standard for MLB teams. Rumors suggest that initial rosters might be larger, so pitchers have more chances to ease into the season. Easing in is particularly important this year because spring training was shortened.

The Giants will also have to contend with one new rule that could impact rosters this 2022 season. The new collective bargaining agreement limits teams to optioning a player five times during a season. Larry Baer’s front office regularly optioned players, sometimes calling a minor league player up for only a day or two when a team member went on bereavement or another leave. The moves might be adjusted in light of the new rule.

Larry Baer has shown skill at assembling rosters in many different conditions, however, and is already succeeding this year at putting together a solid team.